I am NOT a hockey player!!

So- it was my daughter Reese's (she is 9) last night of hockey tonight and as it turns out it has been tradition for the past 3 years that the mom's dress up in full hockey gear and play an actual game against these kids (10 and 11 year olds)! Reese is a first year player on this team so this was my first experience doing this. Anyway, I was leaving work and I got a text message from another mom saying we were having a pregame meeting at "Gene's" which is a local sports bar. Still in my scrubs I figured I better make an appearance-should have known better!! I arrived to what somehow informed me was a "Jag-Bomb" and was pretty much forced to drink the thing along with every other mom. Now, I'm not a big drinker and if I do drink it is almost never hard alcohol. Call it peer pressure but I downed the stupid thing and within 3 minutes my head was spinning. This thing was WICKED. I actually watched a couple of mom's down 4 of these things!! My God-let's all pretend it's our 21'st birthday before we play a game with our kids!! Fortunately, the rink is right across the street-no driving. I will say the term "liquid courage" holds some truth though!!

The locker room was hilarious. None of us could figure out how to get all the crap on and we were gagging from the nastiest smell of the equipment. (I'm actually considering amputating both of my hands since I cannot get rid of the smell from the hockey gloves). Hockey equipment is about the least flattering thing one could put on. Seriously, if you want to instantly gain 50 pounds put on a pair of hockey breezers. We were laughing so hard making fun of each other. Finally ready to go we made our appearance to seriously a full house. It was like practically the whole town showed up to watch this game. They matched us up on the ice with our kids! My first shift, Reese had 3 goals. I am TERRIBLE. Seriously, I am a good skater but these kids are so stinkin' fast and they totally mopped the floor with us. Turned out I had to play almost the whole game as half the moms were either too physically tired or too spun out to play. I was TIRED!! VERY VERY TIRED! It was a blast and Reese was smiling so big the whole time. 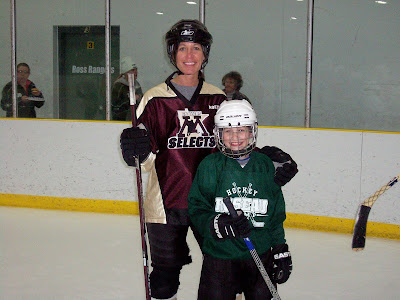 To the running. Since Thursday:

Friday I was all alone during the day as Joe, Ryan, and Max were at Ryan's regional tournament and Reese was in school. I had 17 on the schedule and pulled it off although I felt absolutely terrible, drained, sluggish, and slow.
Average pace 8:06 but I had 2 fairly significant (over 2 minute) stops to try to cough all the crap out of my lungs and refuel. I stopped my Garmin during both stops. Anyway, I got it done.

Saturday, I took the day off and watched 3 hockey games. I made it to the gym in the afternoon and did no cardio but a lot of leg weights. I always neglect these and will probably continue to neglect them as I just simply don't care enough yet to be consistent with this strength training.

Sunday, Reese had her championship game in the District tournament. They lost and a lot of tears were shed! Ryan was playing at the same time 6 hours away in the Regional tournament trying to earn a trip to the state tournament. They won!! I would have loved to be there but opted to stay home with Reese which was totally worth it. I ended up back at the gym and was surprised I wasn't too sore from the weights so I did them again. Late afternoon I headed outside for an 8 mile in a balmy 36 degrees! It was so nice out. I did not feel very good in this run either and although I was maintaining the pace I was going for it did not feel as good as I thought it should have. 8 miles/7:41.

Finished the week with 58 miles, managed an ab routine most days and pulled off 2 days of weight training. One day I will actually commit to the cross training but I guess it won't be this training cycle.

Today, SUPER sore from the weights. My legs feel like tree trunks! No running-skating was plenty good enough and I'm sure I'll pay for this tomorrow during my tempo run!

I am tired, this is long, I need to get up early so I can read race reports about Disney!! Congrats to all those who ran this weekend! I will be catching up! 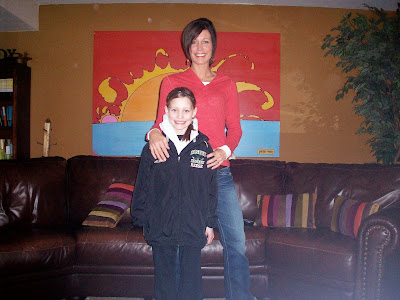 So cute...it is so great that you got out there and played. Your daughter will probably always remember that. Very cool. Impressive mileage last week. That is 1/2 a month for me ;)

Love the pic of you guys in hockey gear! Super cute!

Wow! 58 miles. You fit so much in even with your kids' busy schedules. The hockey game sounds fun and I love your picture with your daughter. That is the kind of thing she will remember forever!

Hi Jenn,
You are such a cool mom!! That picture of you in the hockey gear is absolutely priceless!! The special bomb drink that you were talking about would of knocked me on my butt!! Sounds like all in all it was a great experience:) Great memories....the best thing...pictures of you and your cute daughter to have always!

Awesome job on your workout trainings Jenn! You amaze me:)

I can only imagine how the liquid courage can help :-) Maybe I should do that for my next race!!! Just kidding :-) Great job on the running!

Good job getting out there to play, particularly with that hard liquor on! Another great running week for you, even though it did not seem like it. I sometimes stop on a run, to eat a Gu or pee, and I stop my watch. Jack Daniels talks about this a bit in his book and he says it is OK to take little breaks in training. Hope you feel better and get some rest!

Wow Jager is hardcore- I had a bad night with it years ago and haven't gone back since! Sounds like you two had a great Mommy-Daughter night!

Hey, I just found your blog. congrats on Boston. I just did a post on Boston race day tips. YOu might enjoy reading it.

Wow hockey with your daughter, despite the smelly equipment sounds like an awesome experience!
Glad the running is going well!

Those pics are priceless!
Way to get it done speedy! You're gonna be so ready for Boston! I am still sick with this nasty thing, too! I run and cough and die all at once!
Have a good week!

You are so darn cute and that game sounds like an absolute BLAST!

Your mileage impresses me to no end. :)

you seriously have the most entertaining life :) lol about the pre-game shots/drinks! hello college life!

I KNOW that hockey-gear smell. my fiance plays in a men's league some times... ugh! what does it take to get rid of that nastiness?!? oh i would have never put on that gear ;-)

Sorry for the long delay in reading your blog...where does the week go! Your miles always amaze me, you are doing awesome. I've decided less is more right now; I just can't cram in the miles with the time I have left. Oh well. And yeah, you're cross training - hello, an entire game of hockey? Yeah, that's some great x-training!!! Boston's coming soon....eeks!!
Have a great weekend, Jenn! 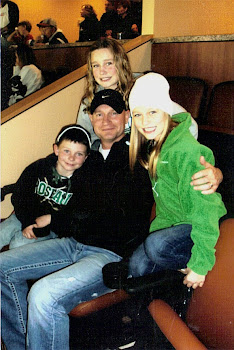 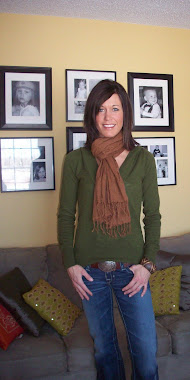 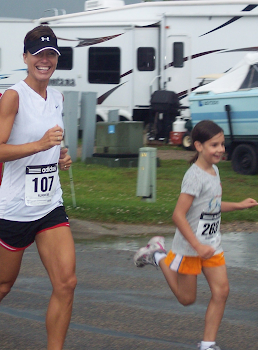 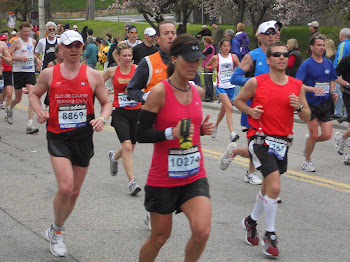